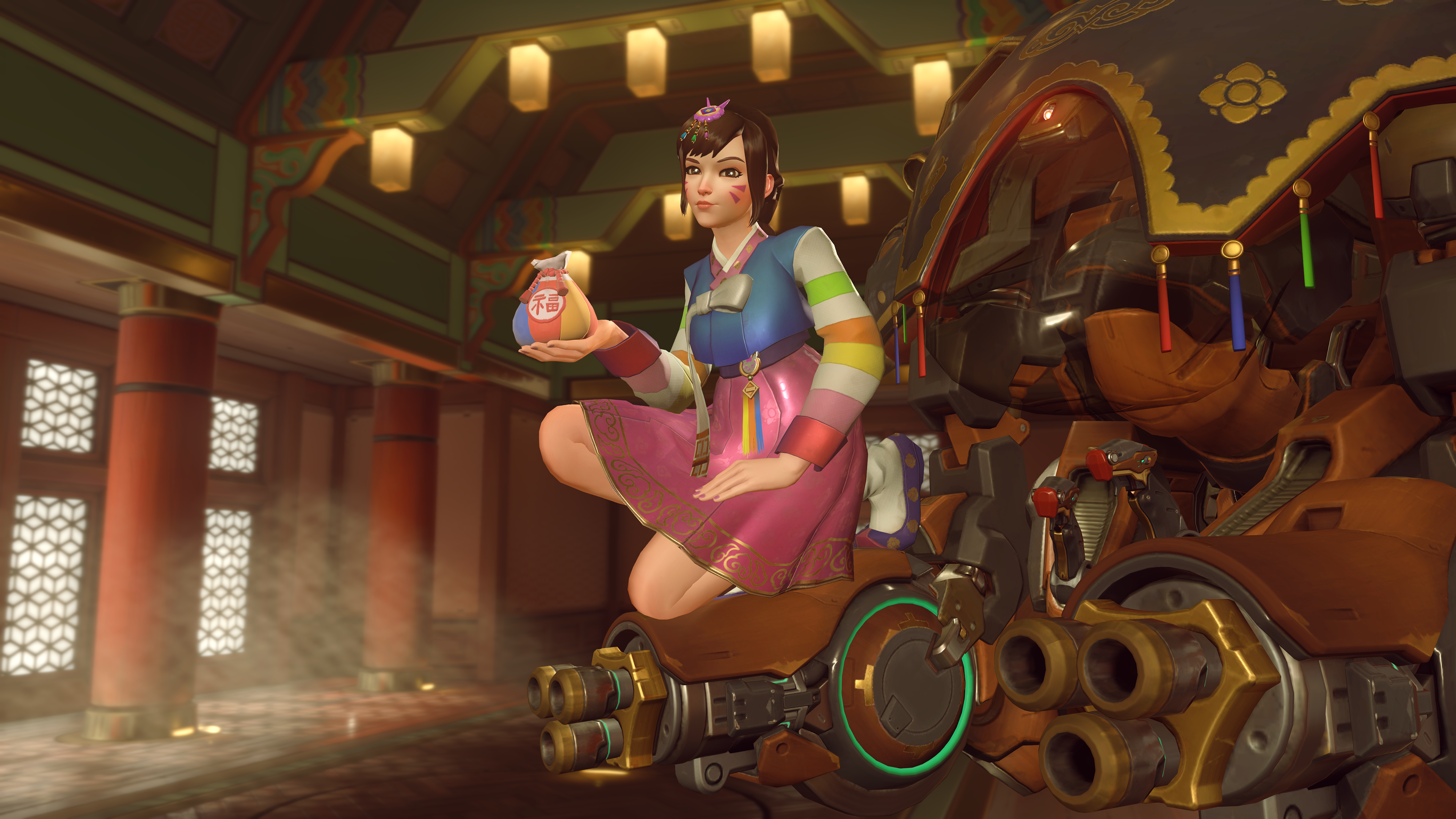 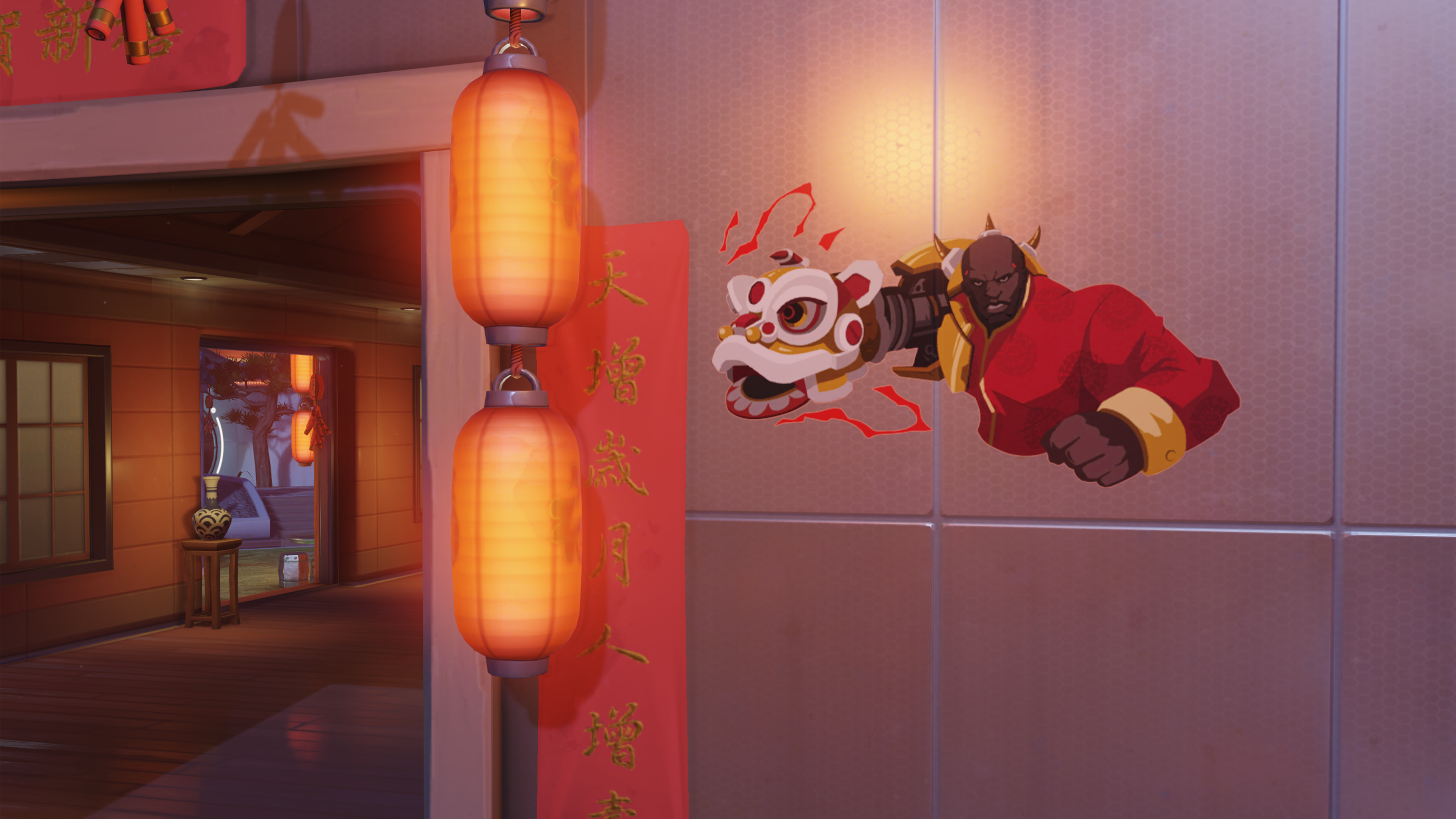 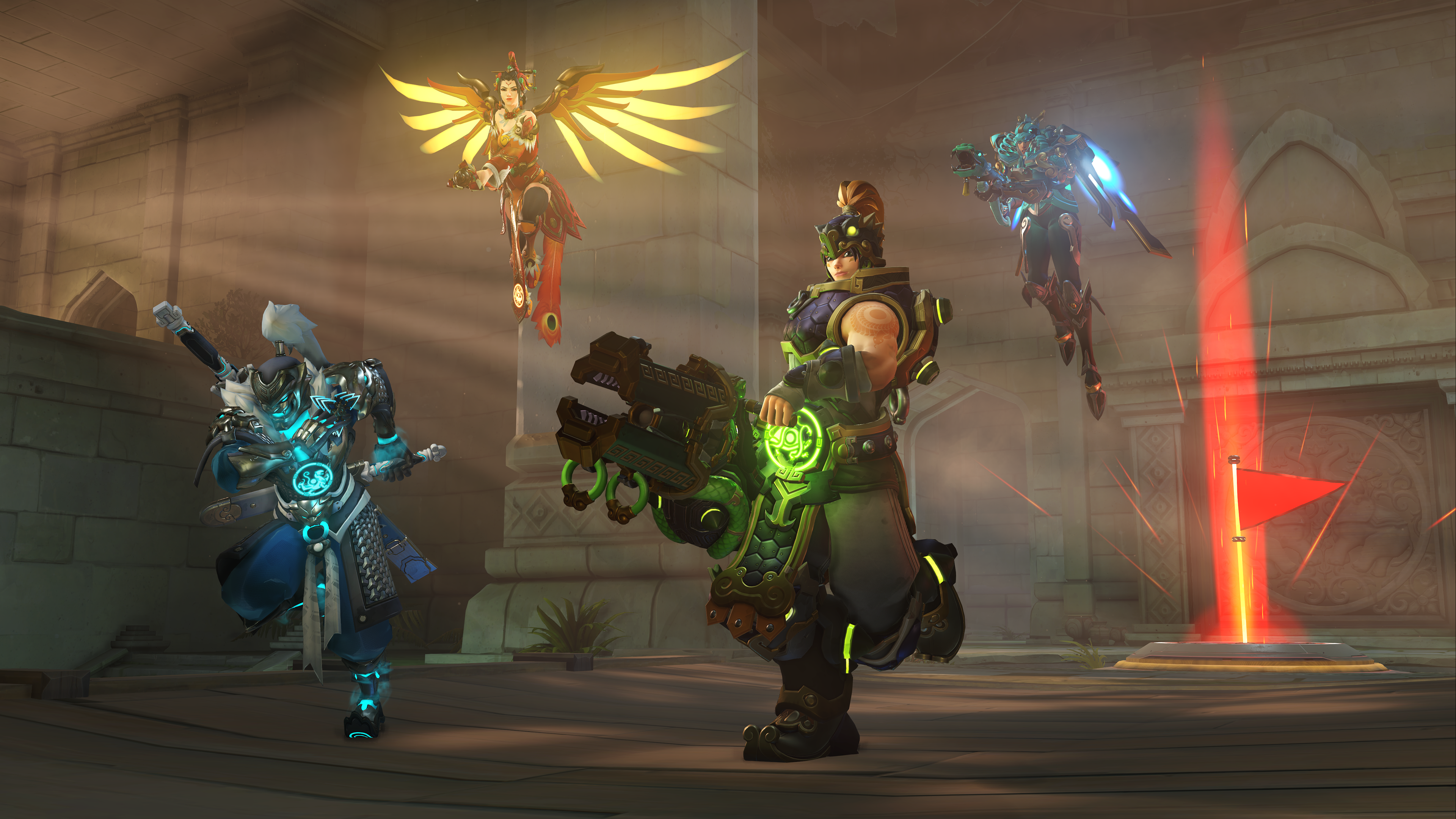 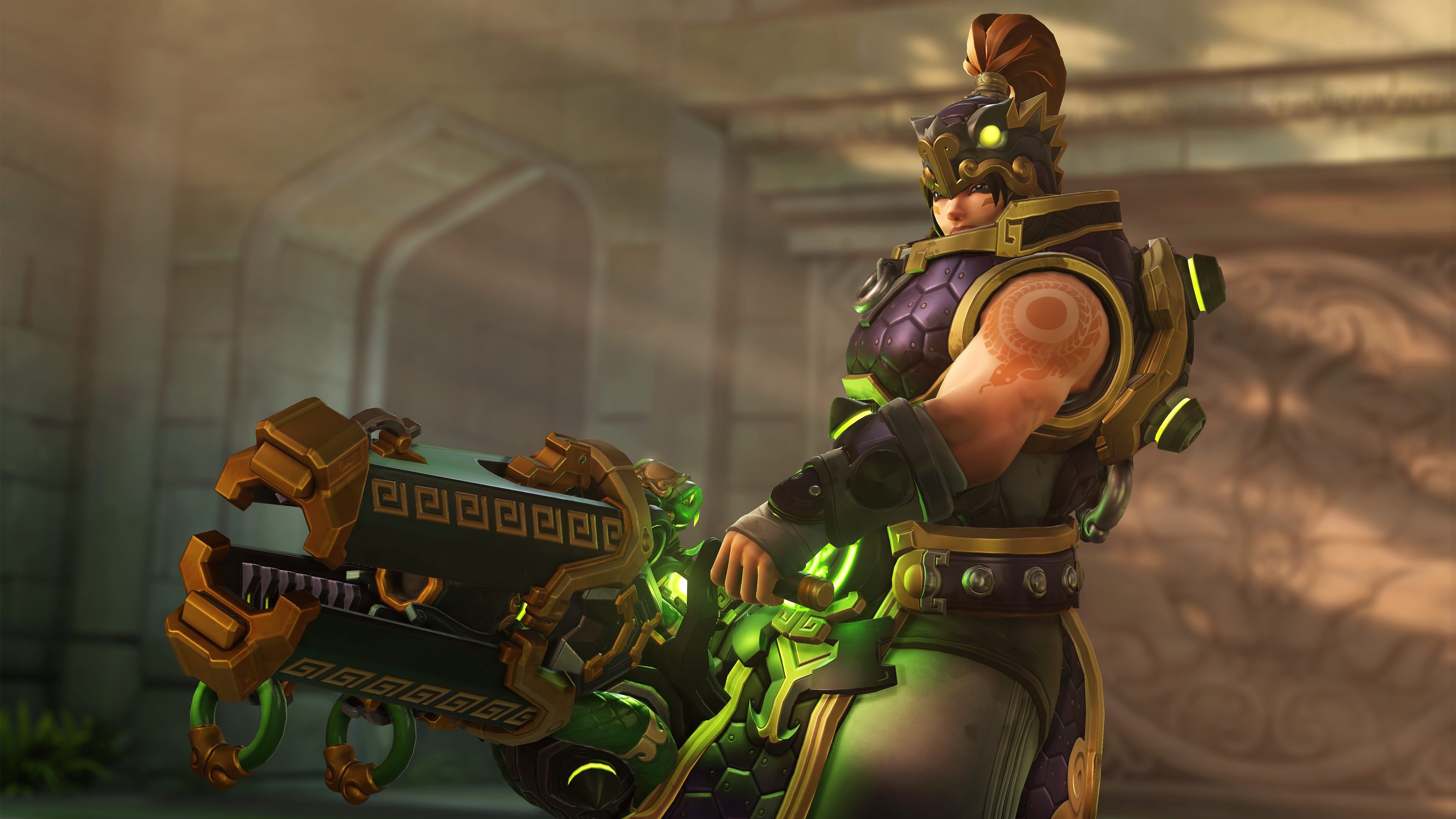 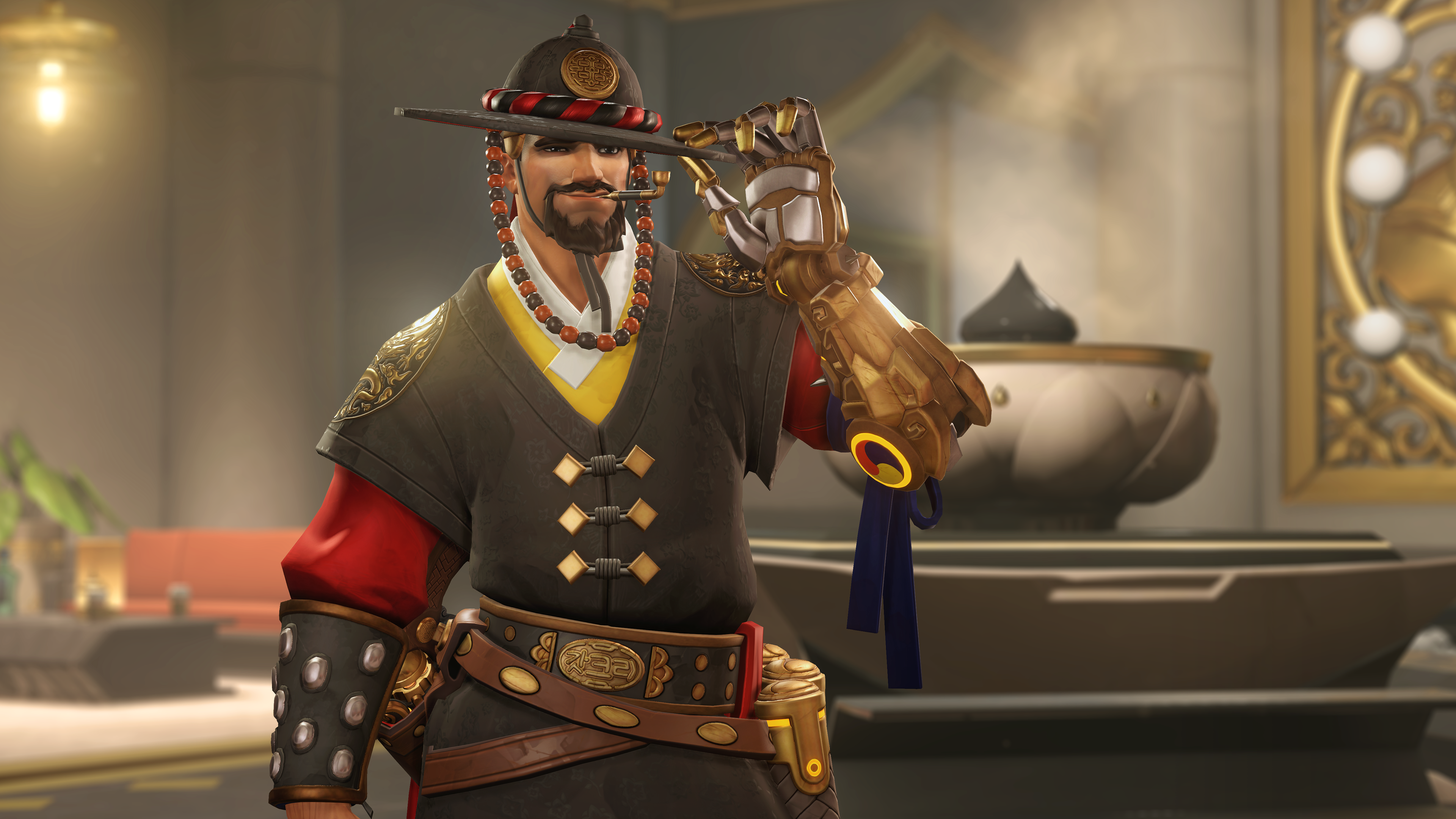 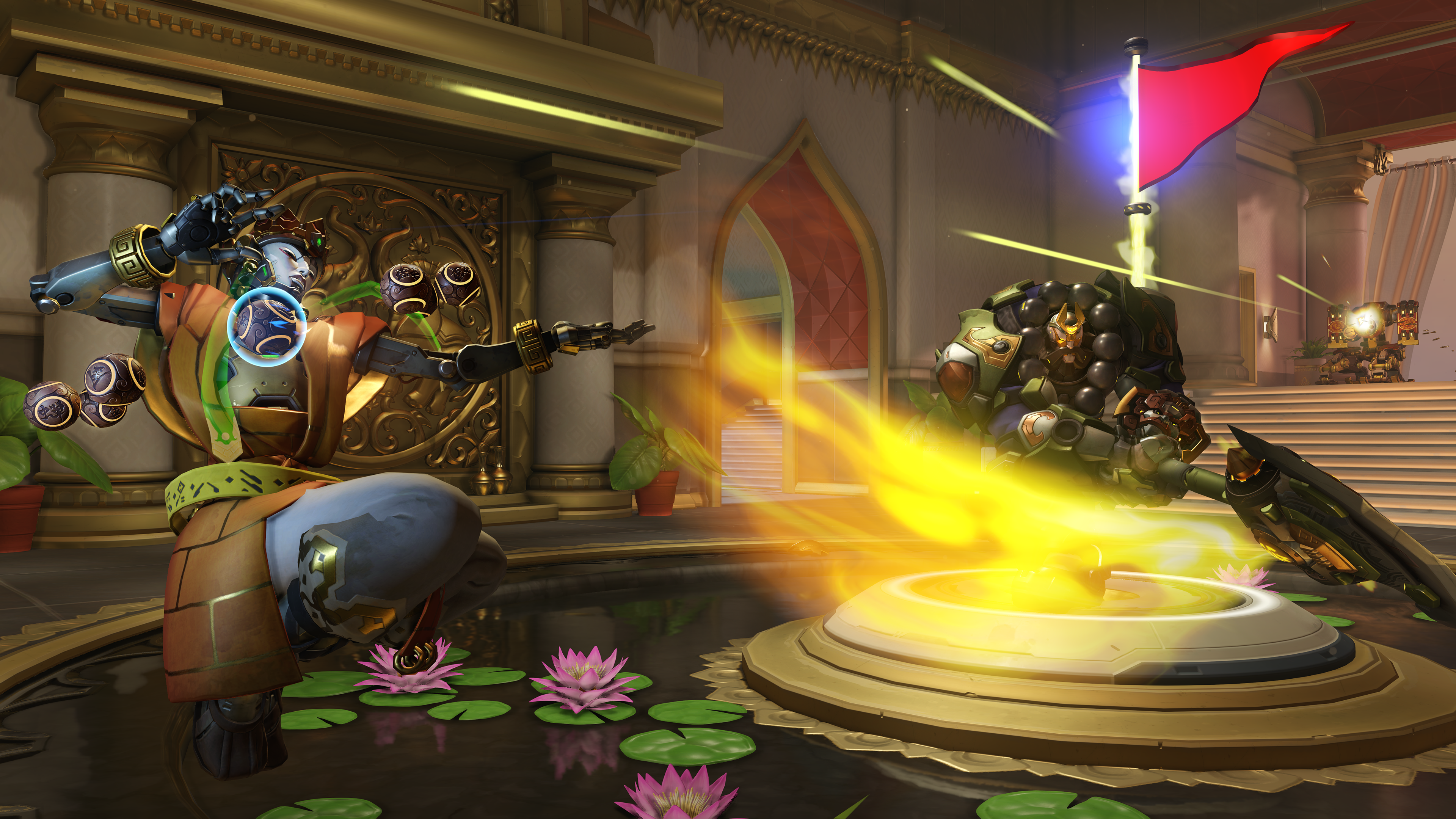 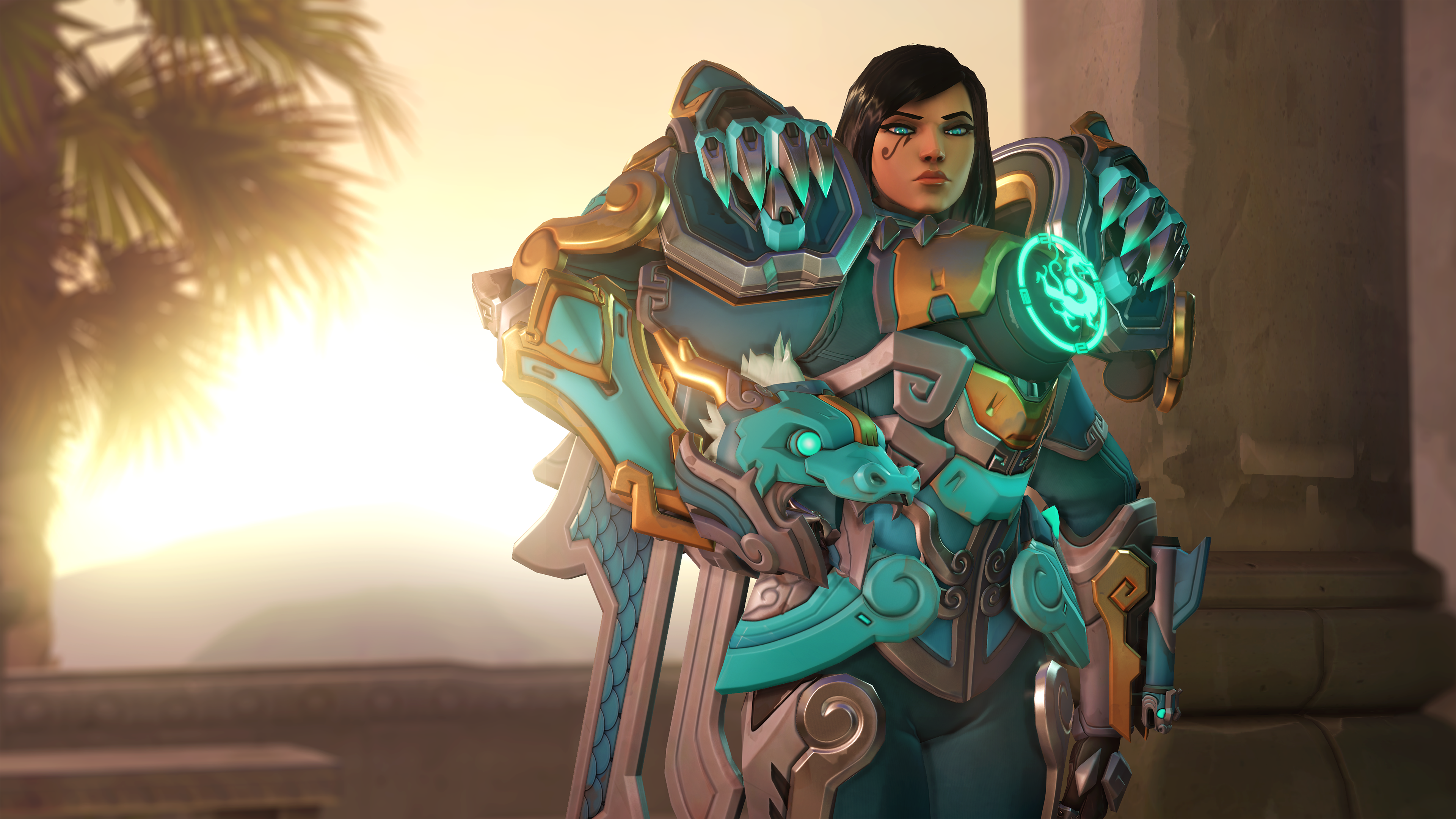 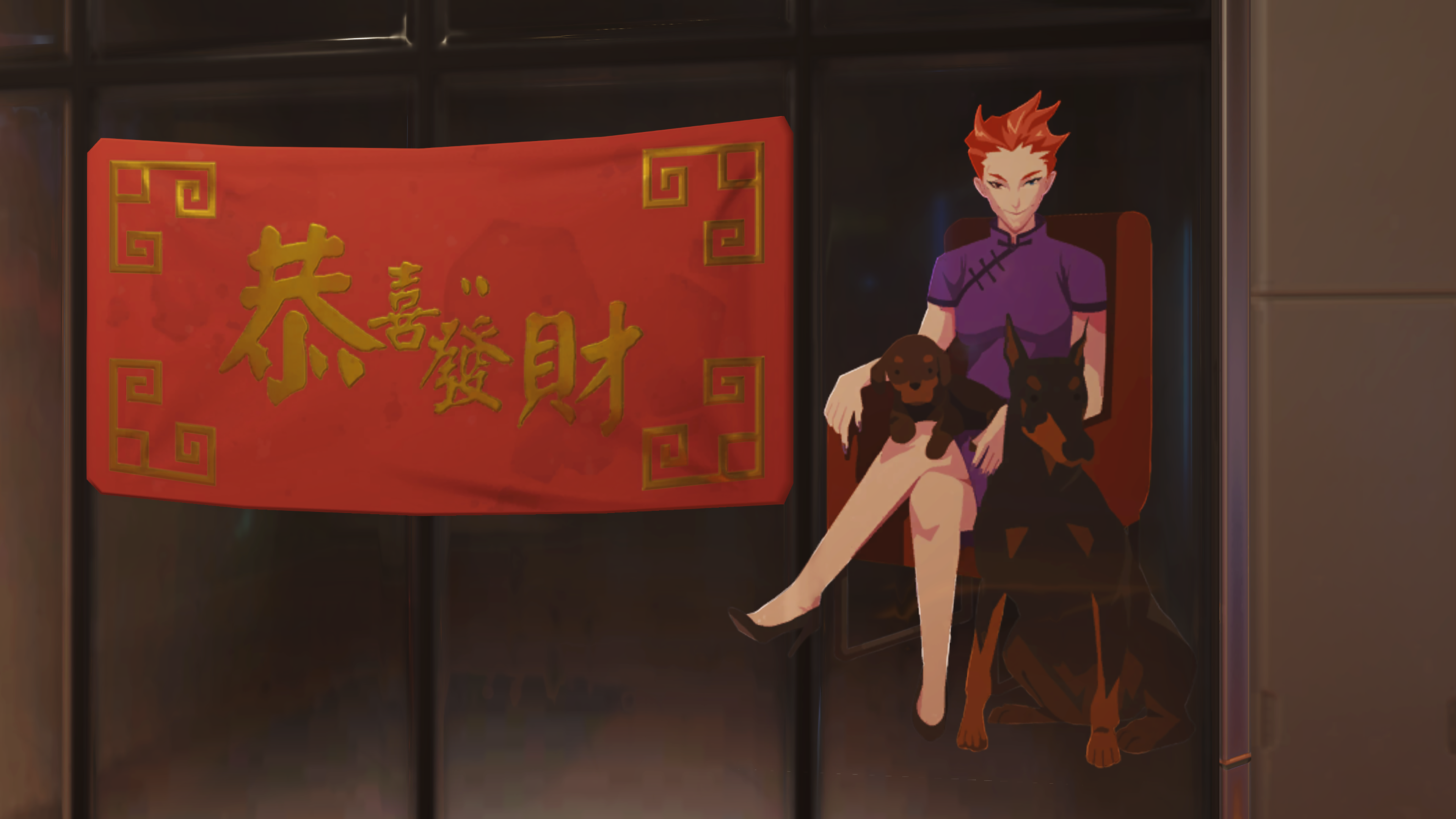 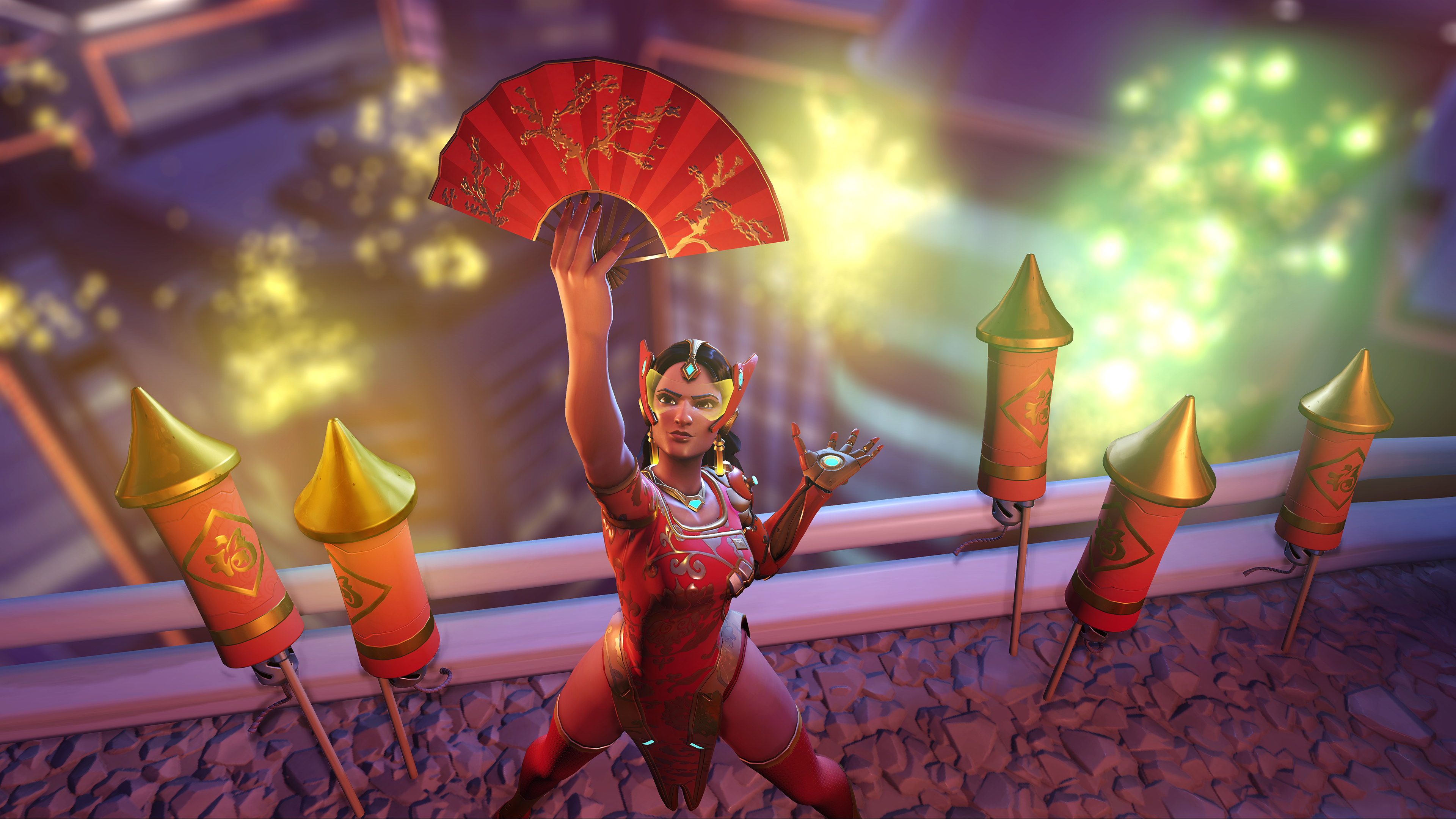 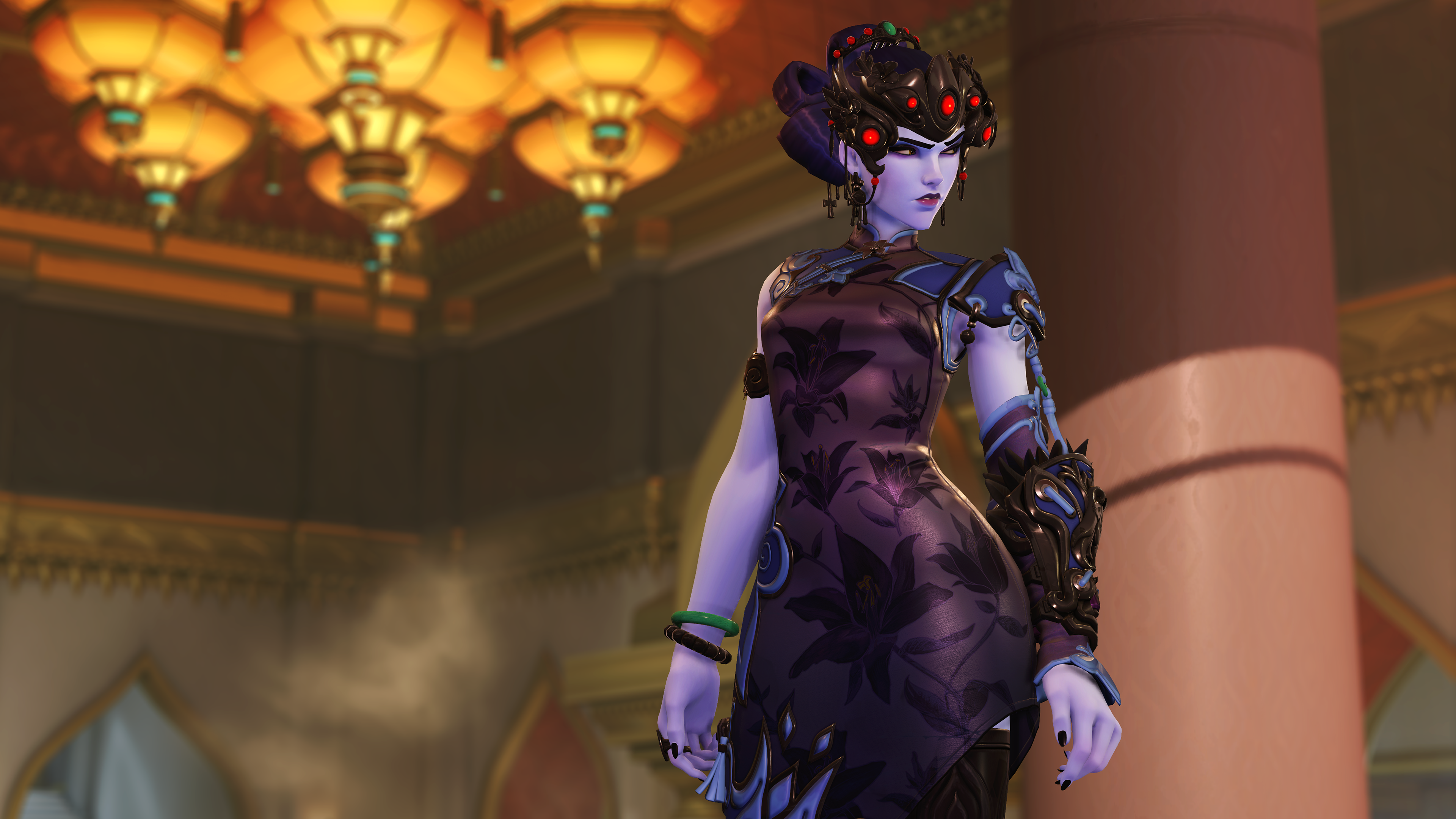 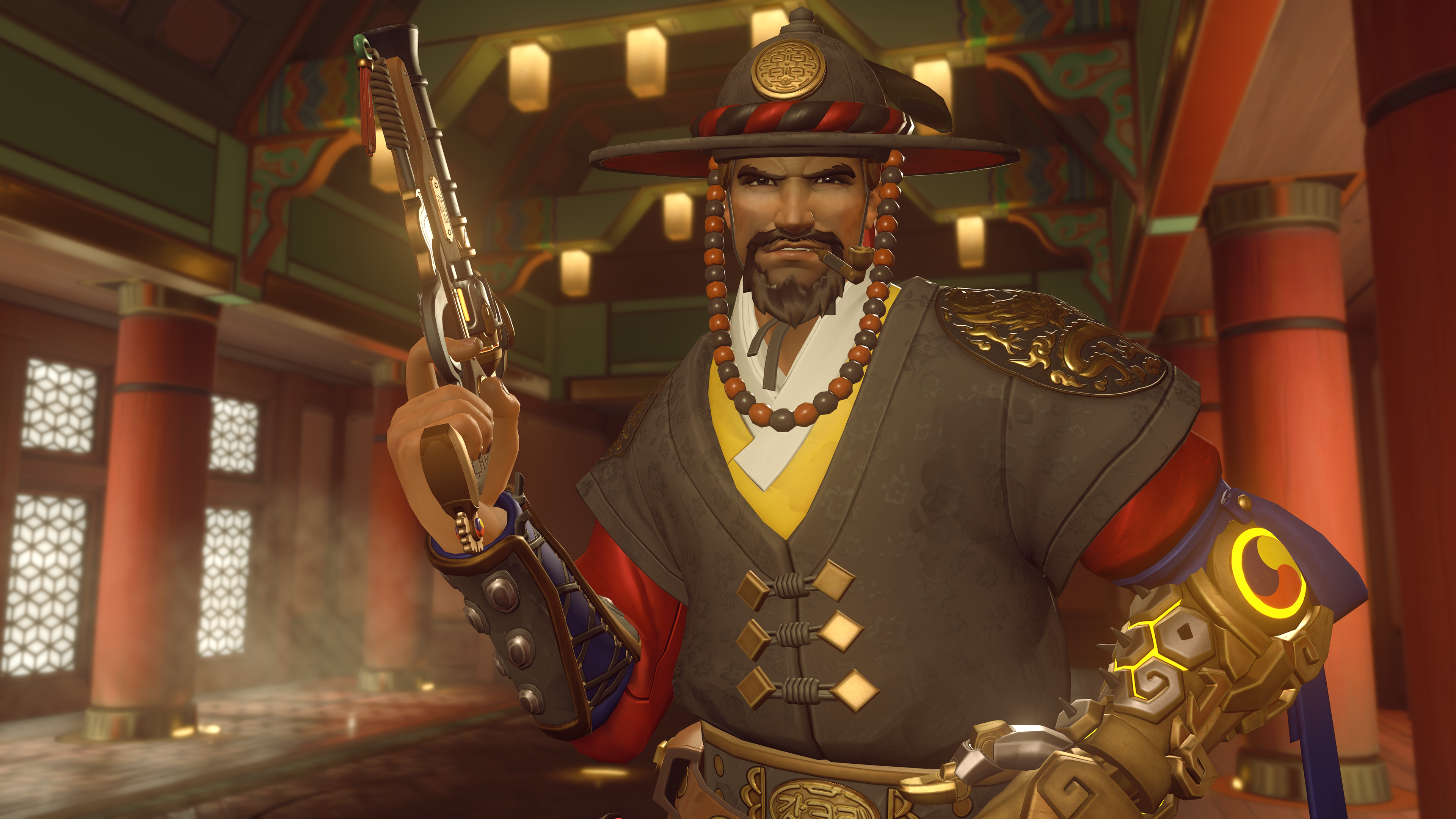 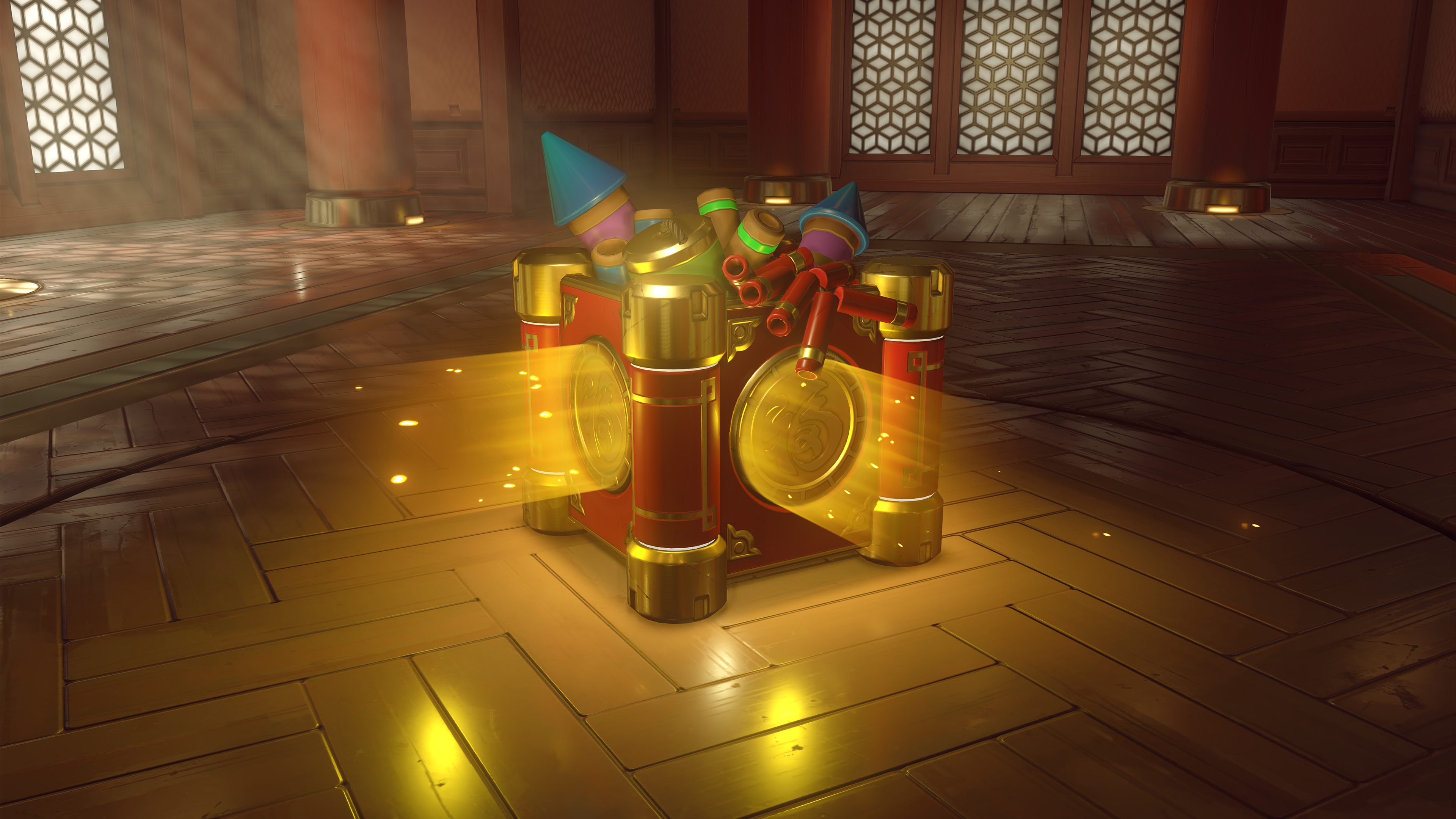 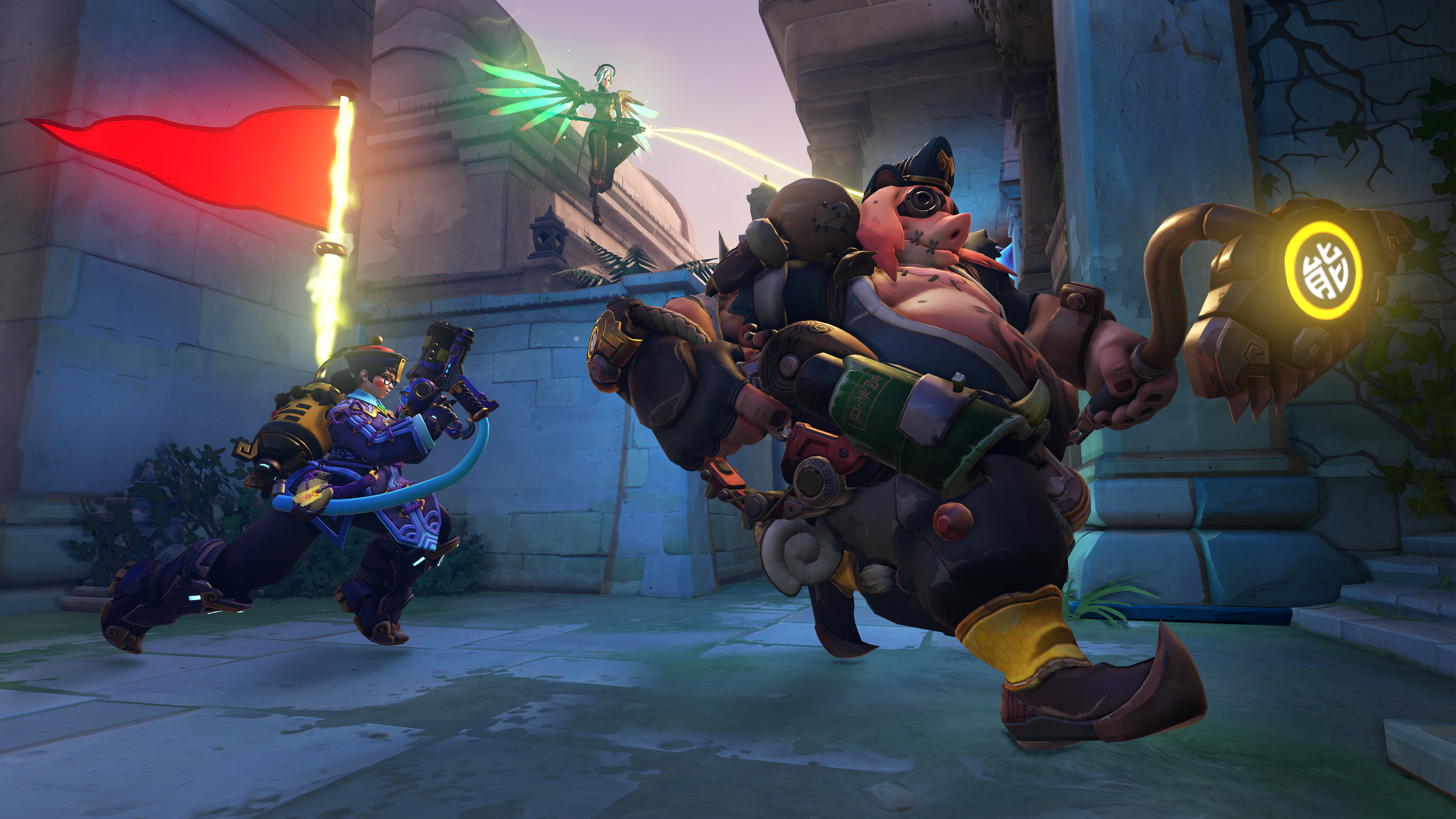 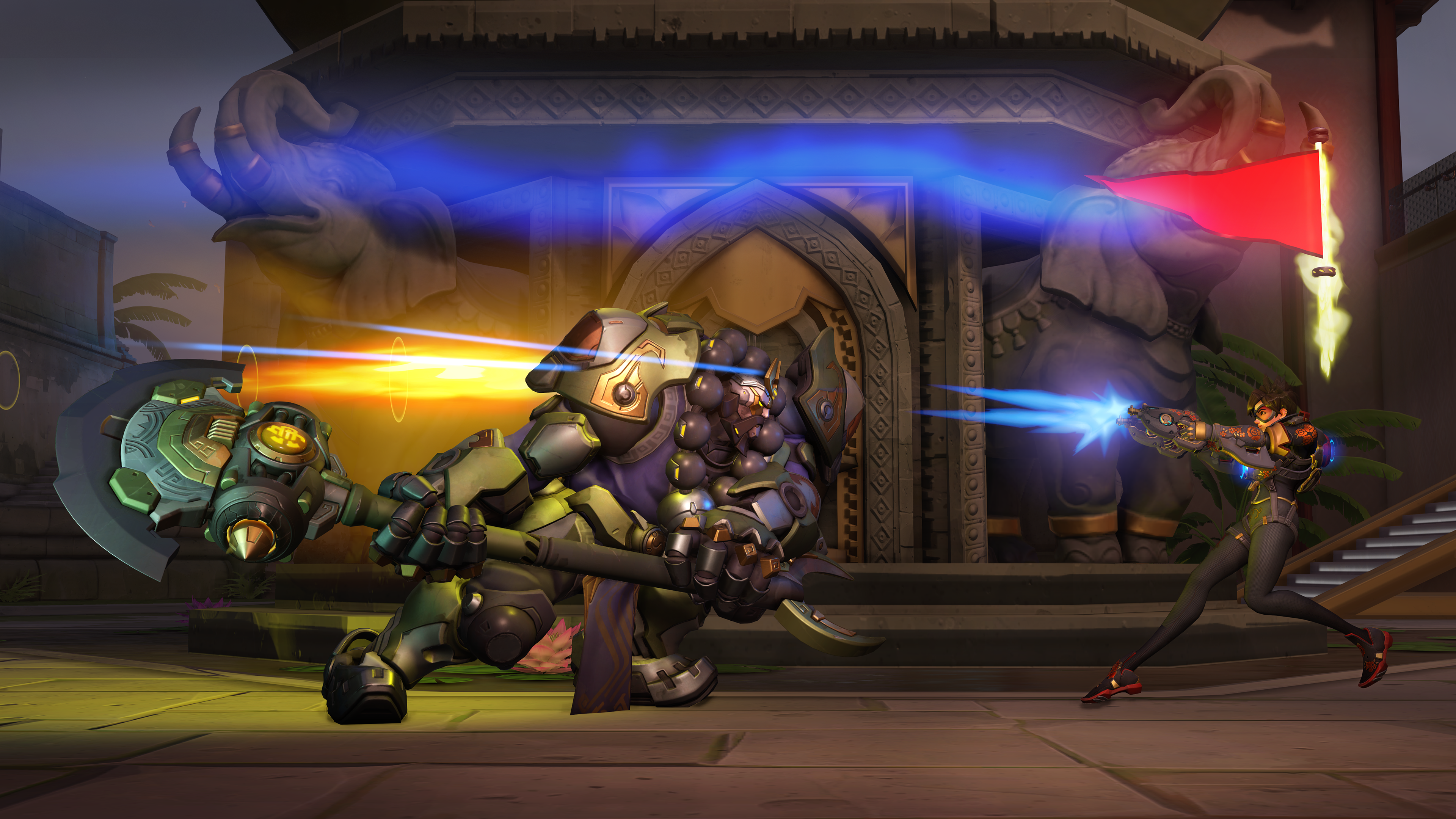 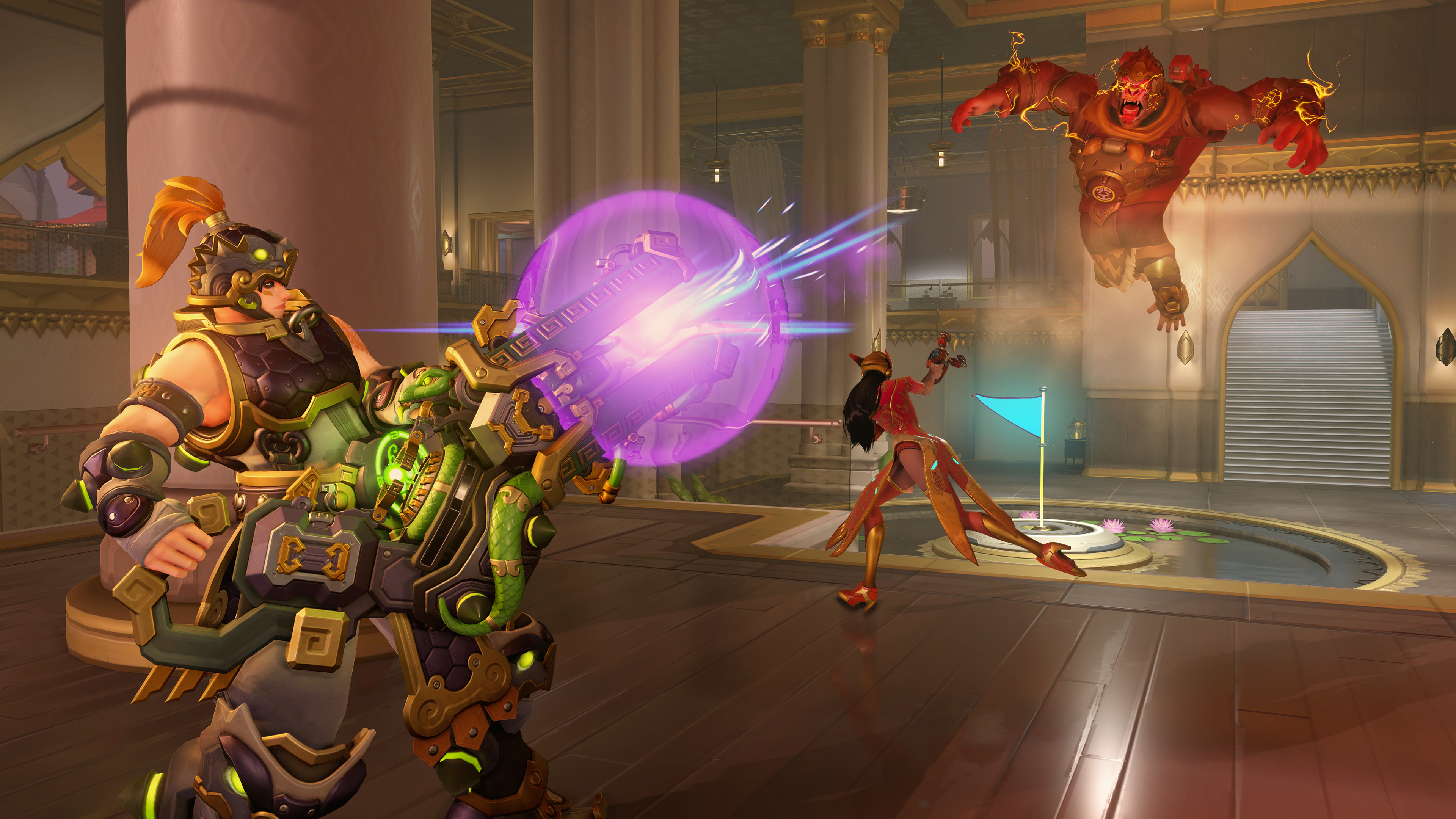 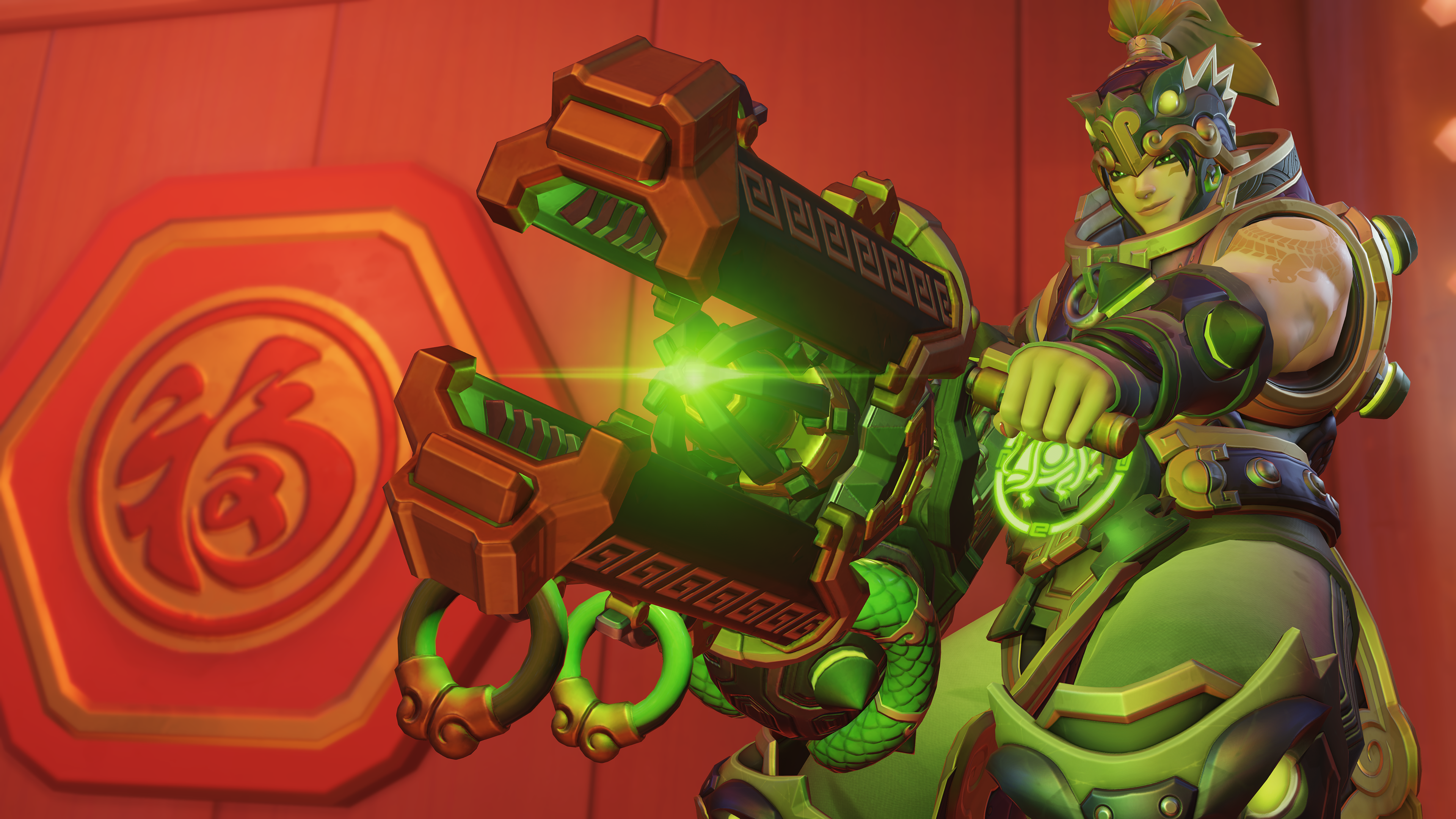 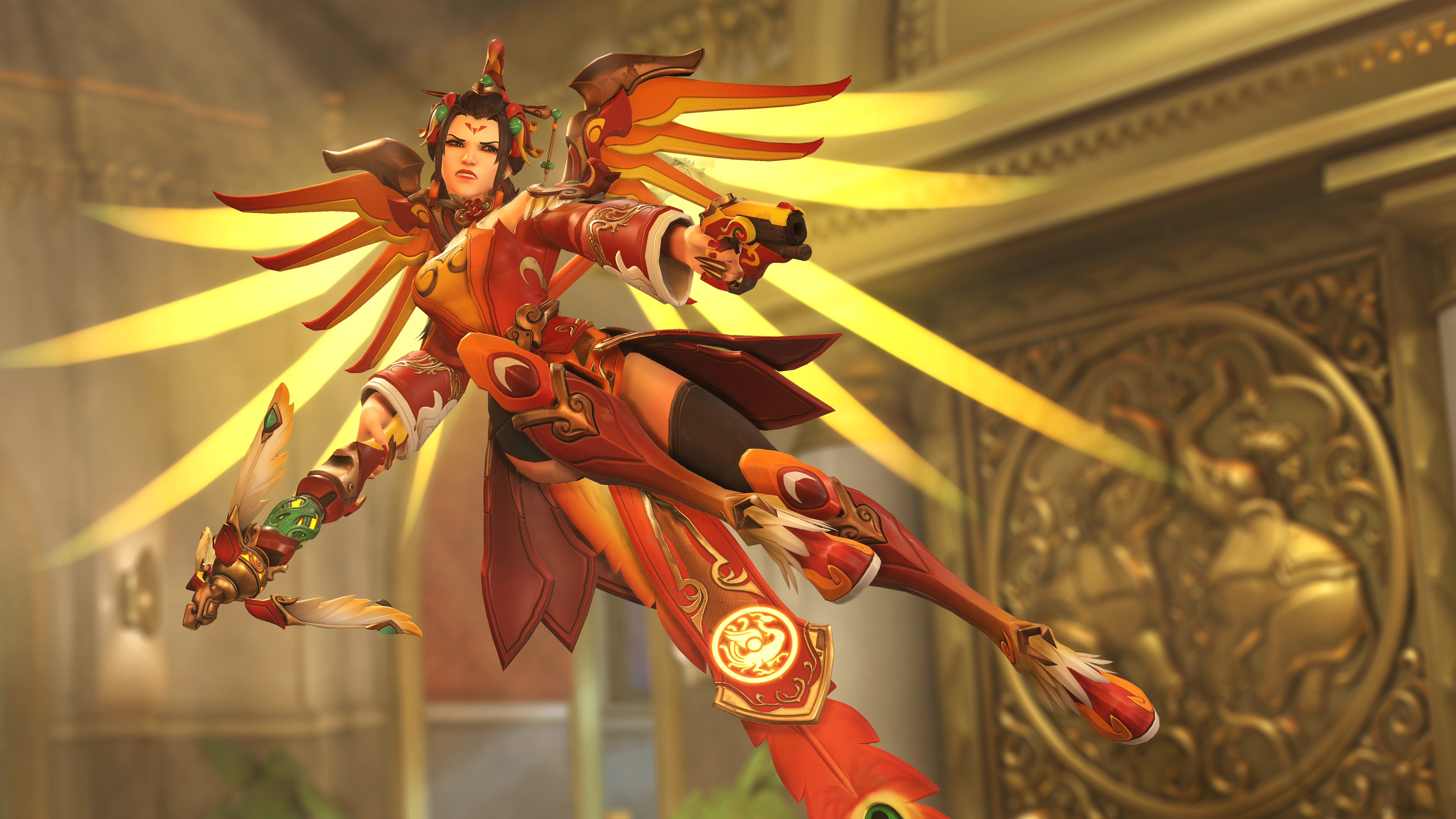 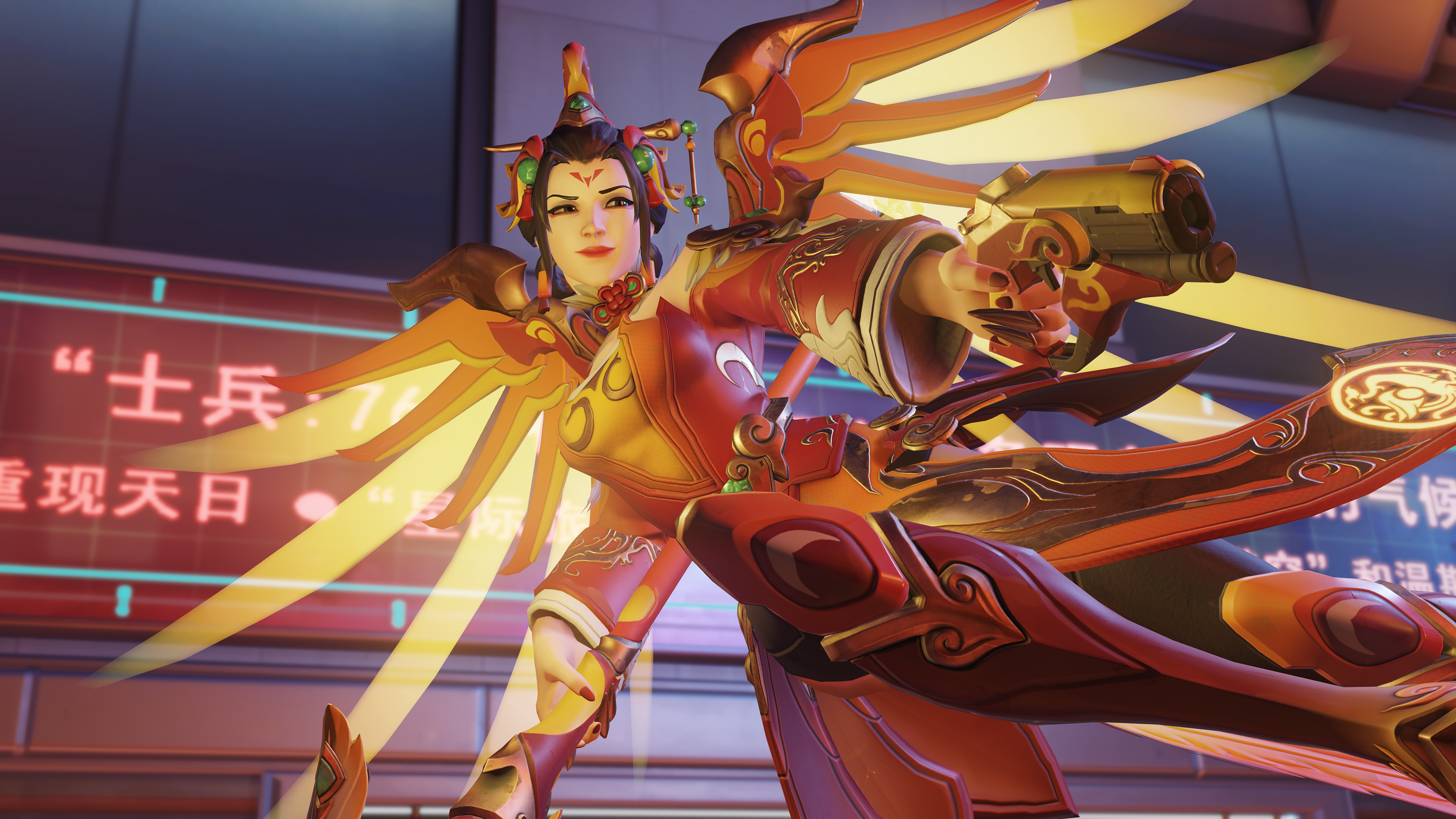 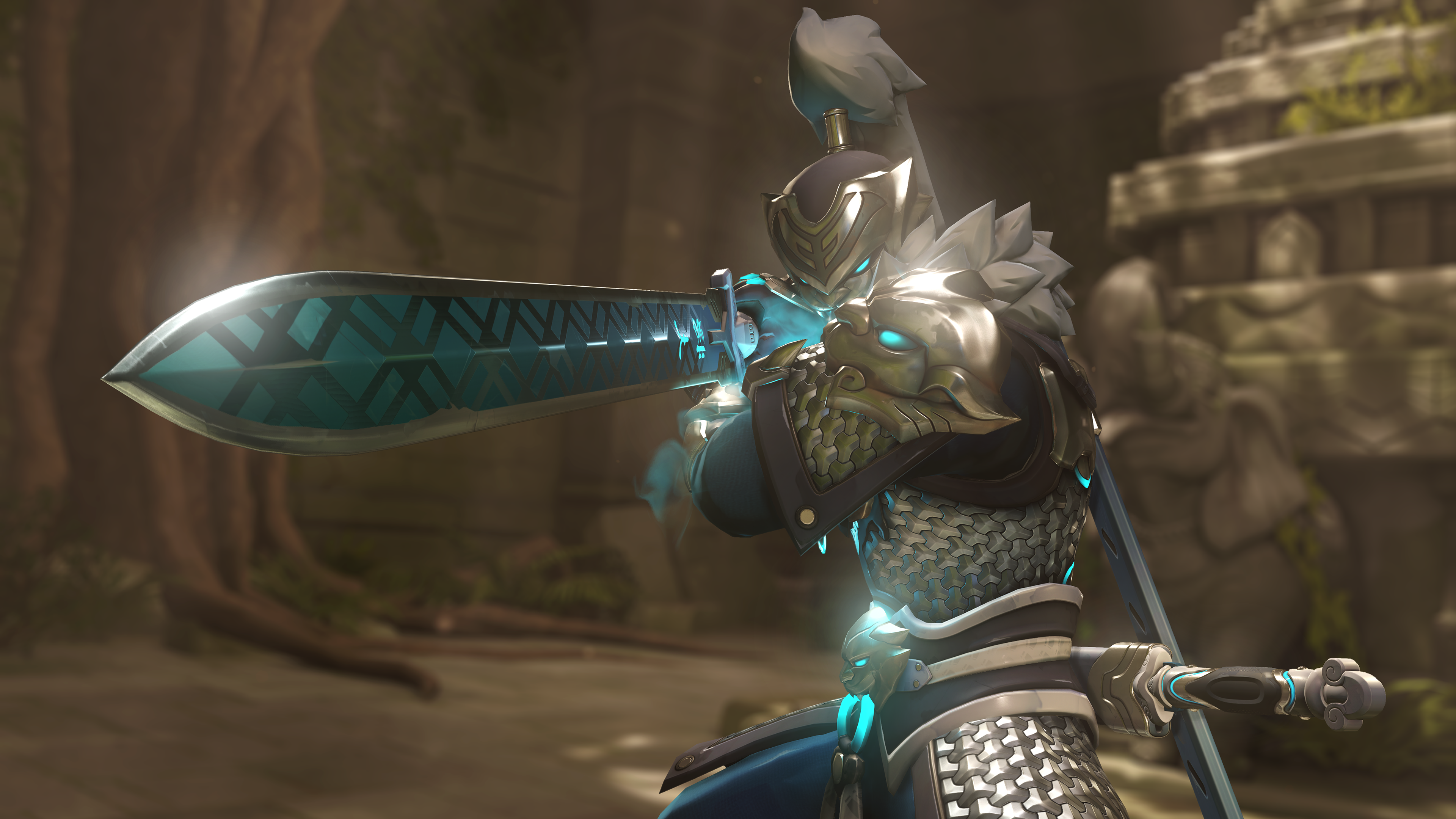 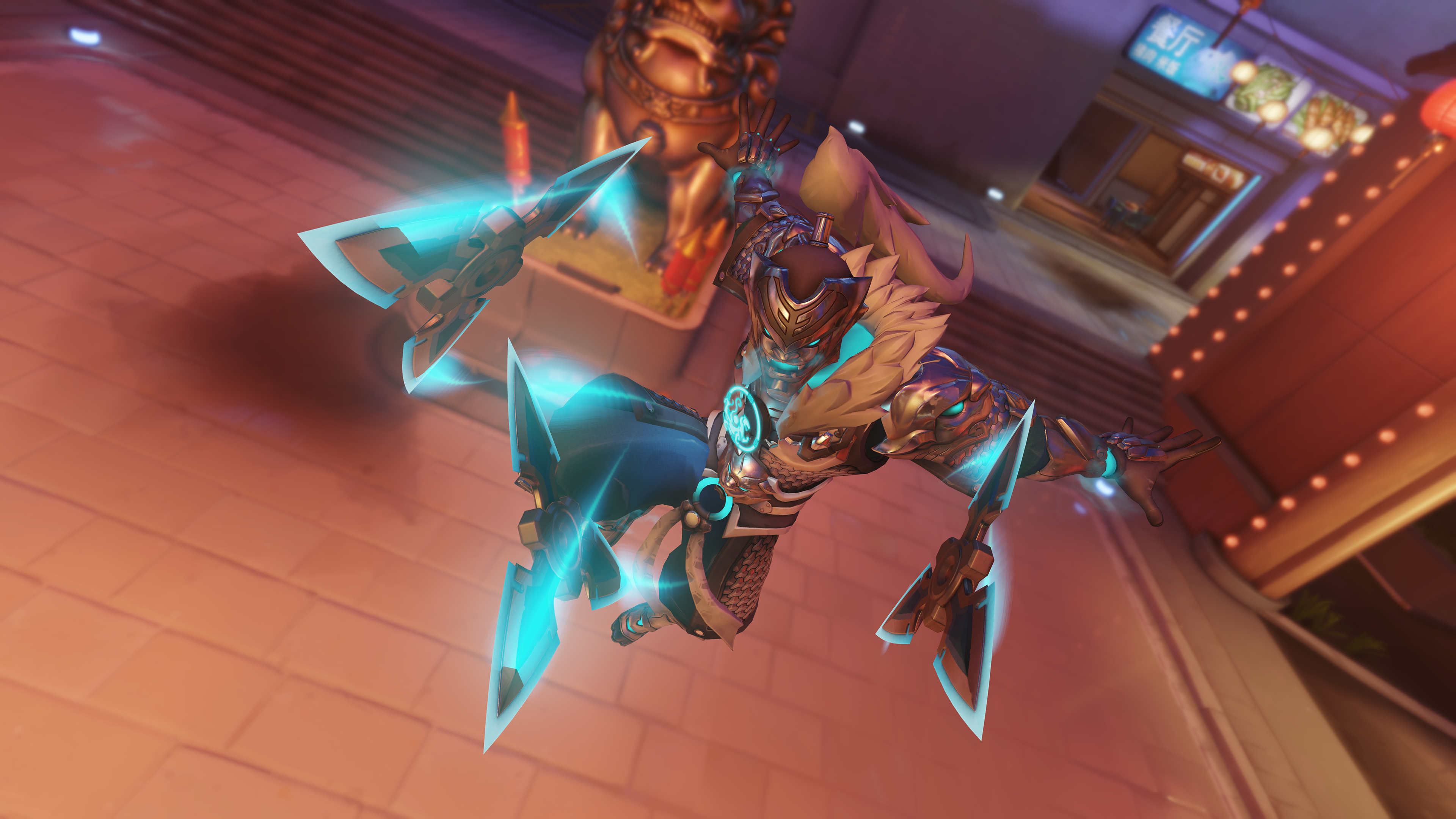 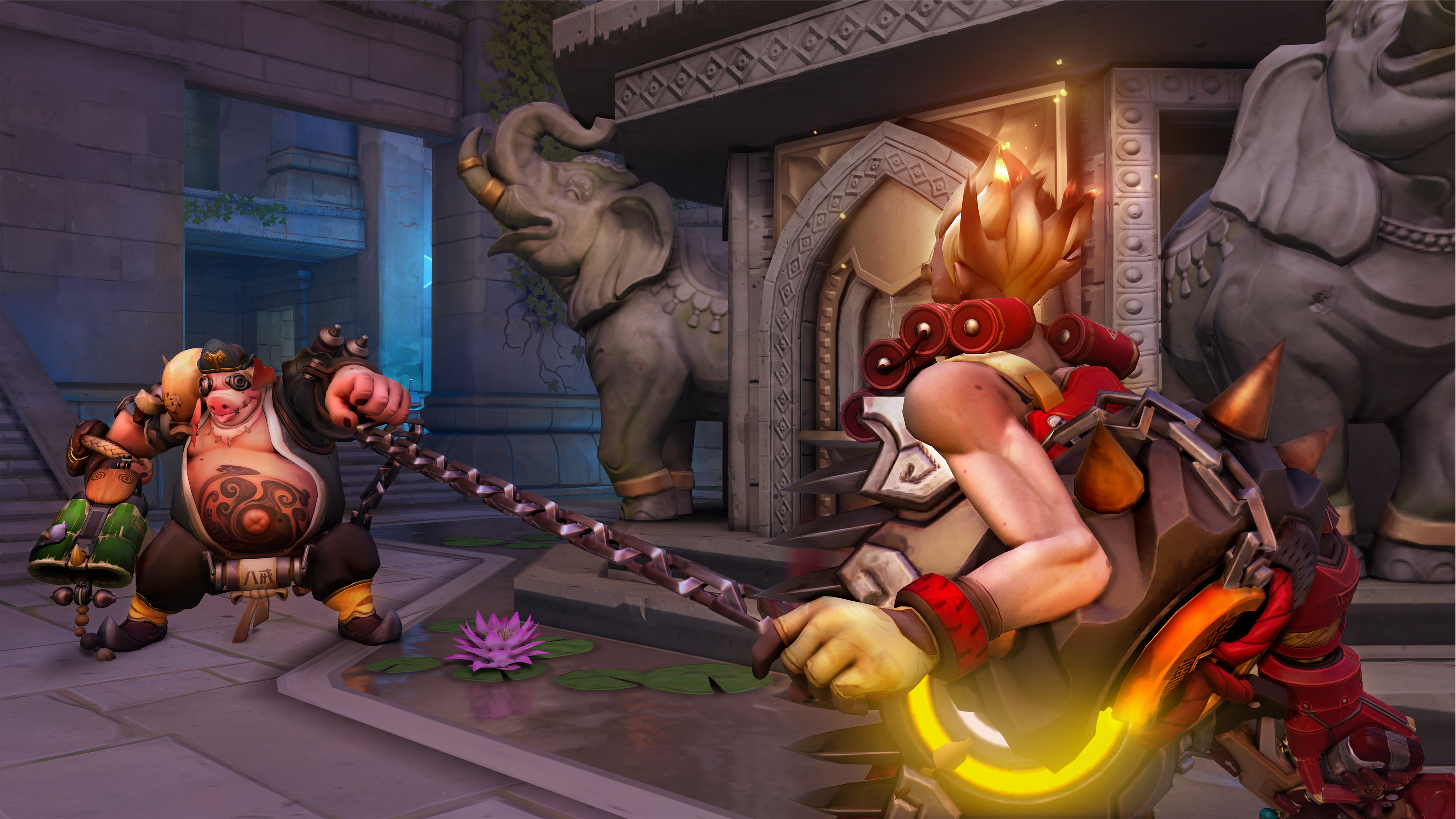 Lunar New Year is a Chinese New Year seasonal event in Overwatch. The event is themed around Asian cultures and spring festivals, involves capture-the-flag themed arcade modes, and comes with a New Year reskin of Lijiang Tower.
The first event introduced Capture the Rooster, while the second introduced a Competitive Capture the Flag mode and a new Capture the Flag map, Ayutthaya. The event also came with 2 special achievements and a limited series of items, which could be earned through special Loot Boxes, and unlocked through the Hero Gallery. All event-exclusive content became unobtainable once the event ended.
A special tapestry, Winston's Journey to the West, was released as a part of this event's promotion in 2017.